Ian Buckley has kindly allowed us to share the following entries from his late partner Roger Baker’s journal. Roger wrote this on the first ECC Gay Men’s Week at Laurieston Hall in June 1985. It gives a wonderful snapshot of what it was like for him to arrive at Laurieston for the first time, what he imagined it would be like, and the reality of the place and the people. 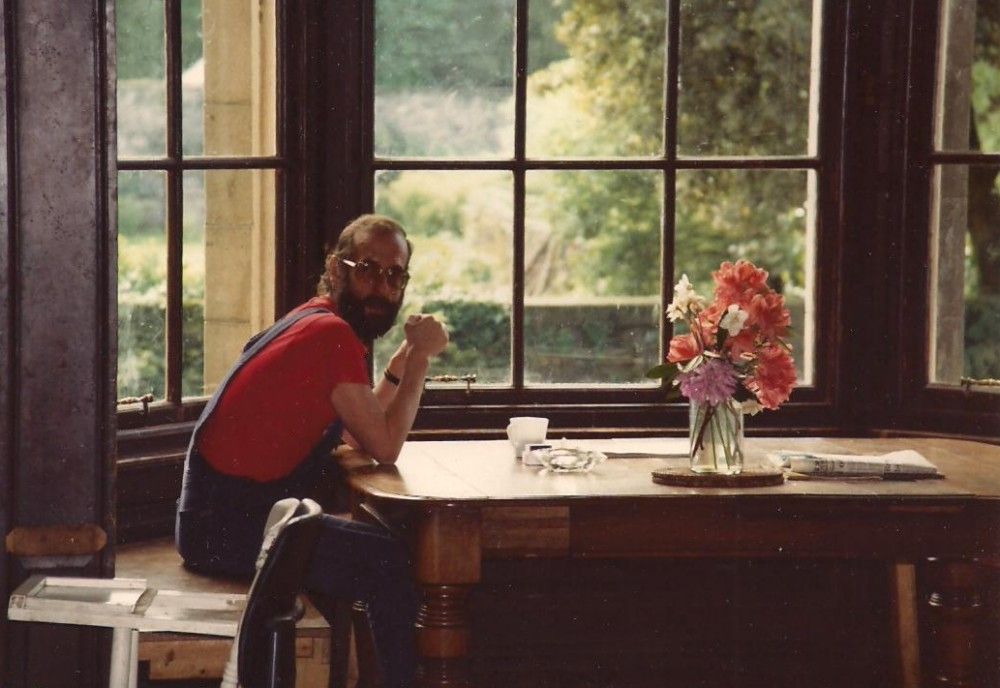 Roger in the Billiard Room at Laurieston Hall 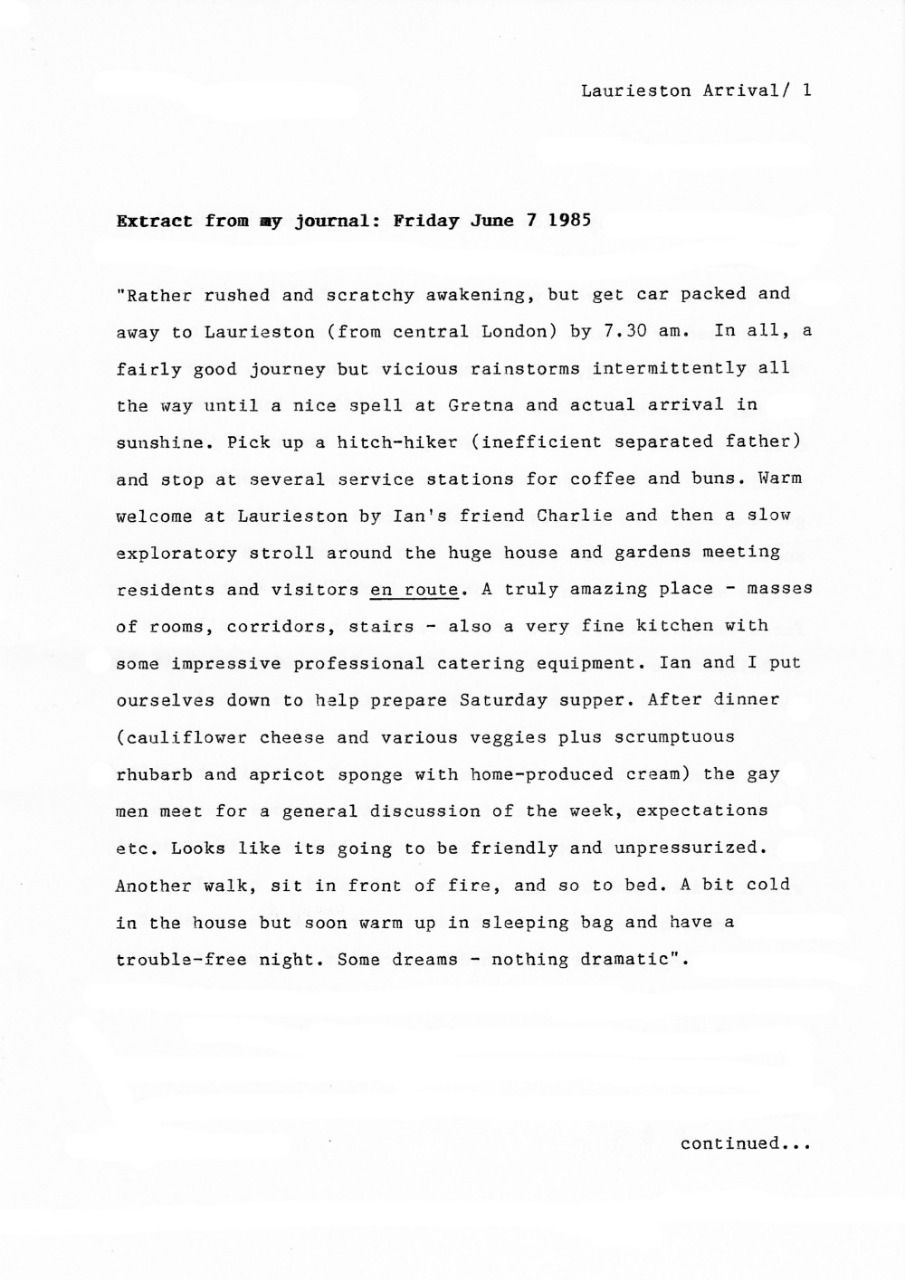 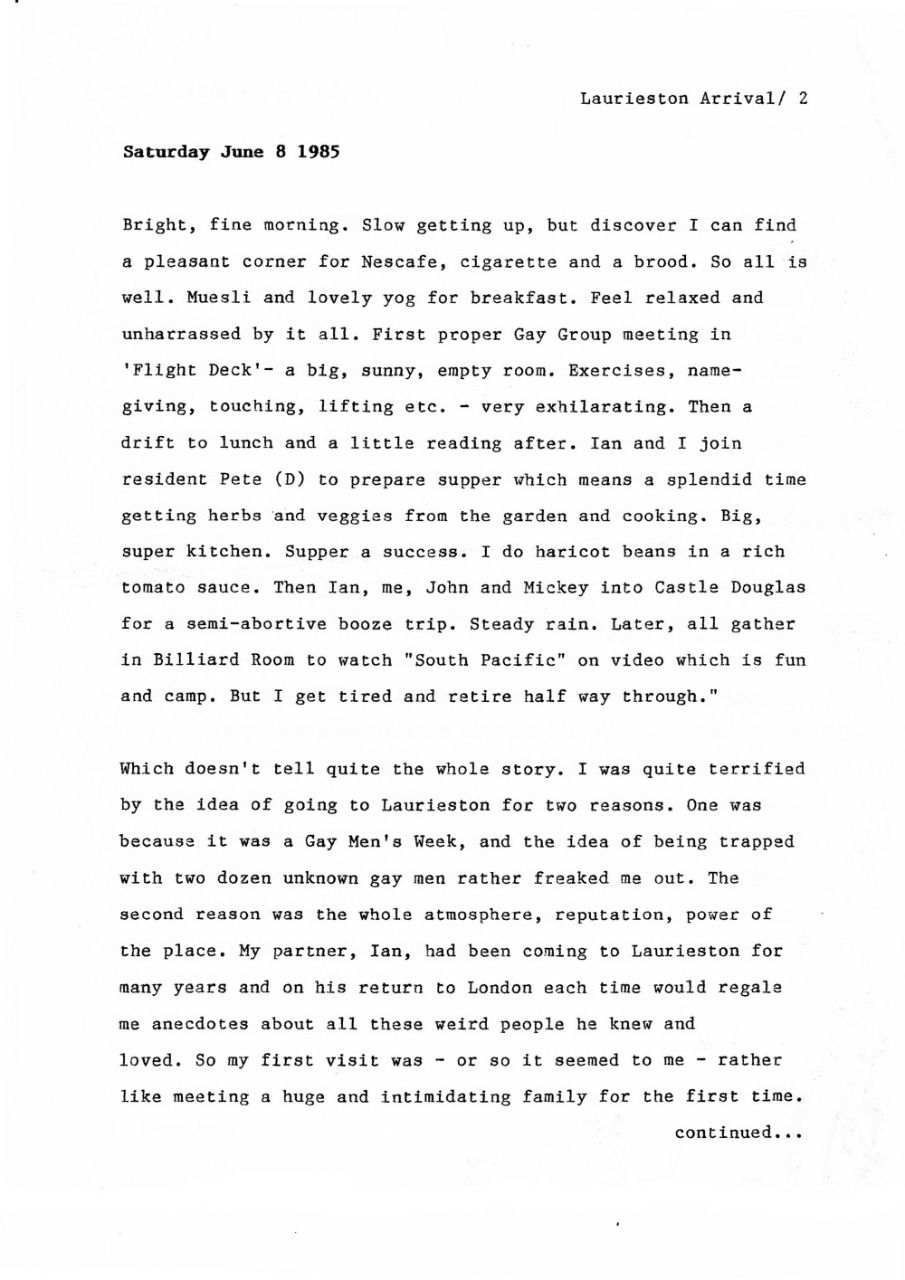 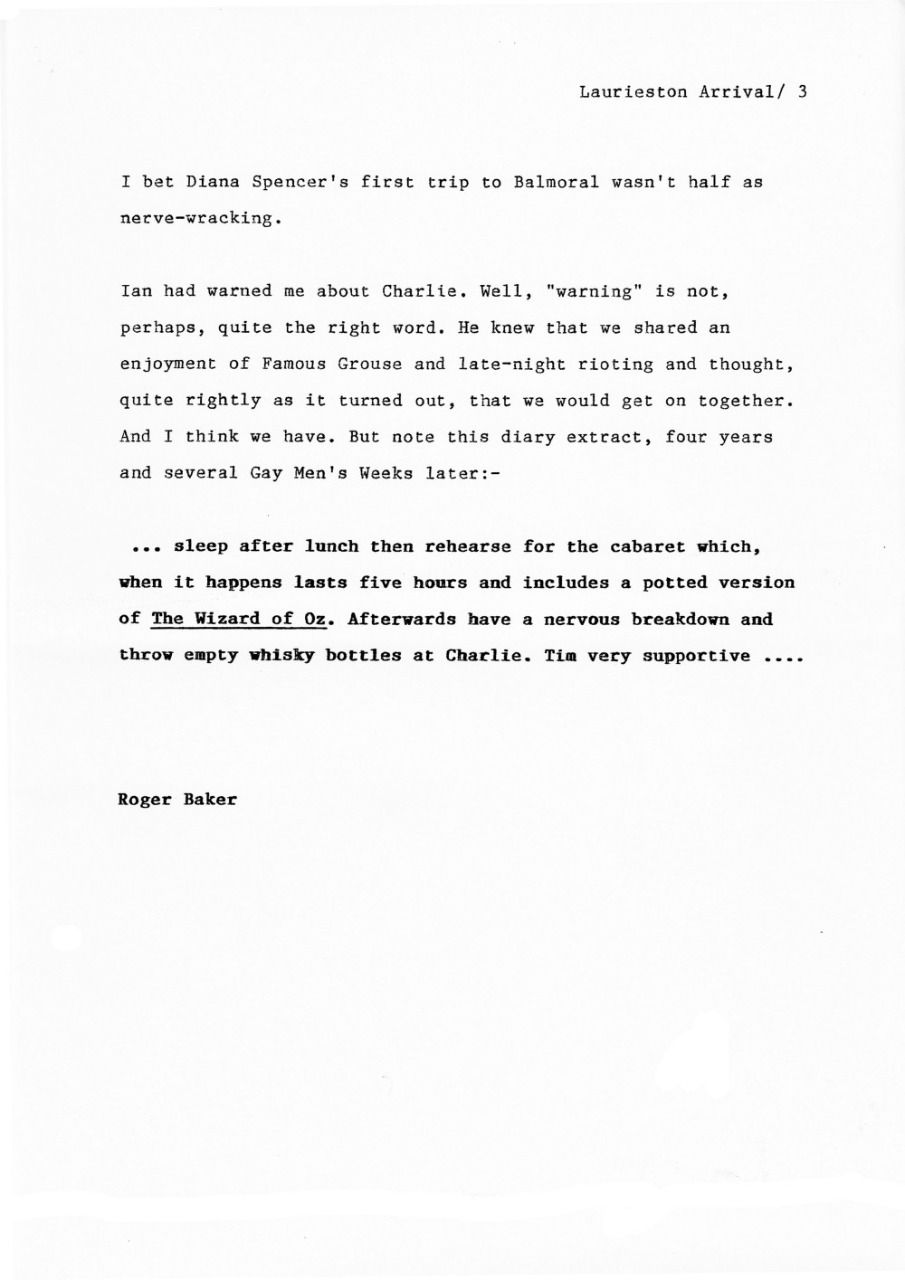