Out with Prostate Cancer by Richard McCance 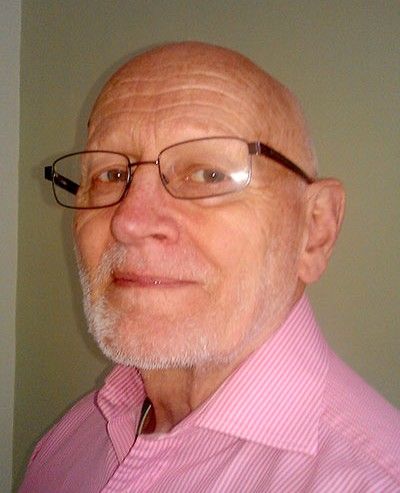 I am a gay man – a prostate cancer survivor – and attended the ‘Out with Prostate Cancer’ conference for gay, bisexual men and trans people in March 2015 organised by the Manchester LGBT Foundation and Metro and funded by Prostate Cancer UK. ‘Treating everyone the same was not equality and the needs of each group were different and should be regarded as such’, so said Consultant Oncologist, Dr. Dan Saunders in his opening address.

My grandfather died of prostate cancer so I figured I had roughly a 1:6 chance of being visited by this uninvited guest at some point. If you are aged 50 or over, then its worth considering regular checks. By 2012, aged 73, my PSA (Prostate Specific Antigen) level had risen considerably, and my cancer journey had begun in earnest, with the emergence of active tumours in the prostate gland. It was now time to act decisively before they spread elsewhere.

I decided that I didn’t want any invasive treatments like radio/chemotherapy if avoidable (I was unable to have MRI scans, which precluded certain treatments, as I have had heart pacemakers since the mid 1970s. I’m now onto my sixth ‘best friend’). I’d heard about a fairly new procedure, High Intensive Focused Ultrasound (HIFU). The tiny tumours would be lasered out, without damaging the prostate nerves, and I wouldn’t need to undergo radio/chemotherapy. So following an overnight hospital stay, I was homeward bound. Unfortunately unavailable on the NHS, I was lucky to be able to pay for the treatment that should prolong my healthy life.

Around about the same time in 2012, my friend George in Edinburgh, ten years my junior, decided to take the PSA test. However, he received the devastating news that not only did he have prostate cancer but it had already spread to his liver. He went from being fairly active, to being in considerable discomfort within the space of a year, and died in February 2015. Both his brothers had died from prostate cancer, but unfortunately, he had fatally chosen to ignore his early symptoms.

Despite having worked in the social work industry most of my life, I found this journey very challenging, especially becoming a ‘patient’. On reflection, I have been living with some survivors’ guilt since George’s diagnosis and untimely death. My visits from Nottingham to Edinburgh were often prolonged because of this.

We may all need emotional and psychological support at times, but fortunately there are a range of options available including buddying, phone and online support, nationwide. There are various nationwide GBT support support groups, operated by Prostate Cancer UK and other organisations.

For men who have sex with men, a fear might be ‘what if I couldn’t get a hard-on and come’. I had worked out a possible sauna repertoire, as we are about to seal the deal: ‘don’t worry its not you – its just my brewer’s droop – there are many other things we can do’. Some men are cool about this and, like me, are imaginative, others will be turned off. But it’s not the end of the world. And there’s always the possibility of a regular doctor’s prescription for Viagra, which may help. If the lower dose doesn’t work you can always request it be increased.

If you are hitting fifty, then it’s definitely worth considering regular checks, which may feel a tad intrusive, but could save your life. Maybe also consider linking up with other older GB men, and the chances are that you will be surprised how many have experience of prostate problems, without necessarily having cancer. It definitely helps to know what others are going through.

At last the medical profession is realising that treating the ‘whole person’ is as important as treating the disease itself. So doing whatever makes your heart sing, and feel good is important. For me it’s singing, dog-walking or cooking nutritious food, and Mindfulness which together are enough to get those good old endorphins going, and need not be expensive.

I’m currently in remission, medication and pain free, living an active healthy life. I have opted for quarterly PSA checks for possible recurring, slow-growing tumours, rather than rushing into other treatment prematurely. I do get a bit anxious, though, each time I await the hospital phone call with the result of the latest blood test. However, scores do fluctuate so a slight increase need not be alarming, when taken in the context of an annual profile.

And now, as I reflect on the last three years being alongside George for much of the time, in our parallel but different journeys, as I put my feet on the floor, I try to live each day as it comes. Prostate Cancer UK confidential helpline: 0800 074 8383, Monday-Friday, 9am-6pm.